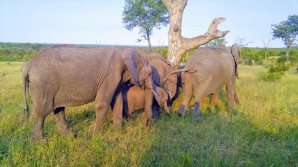 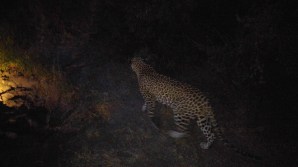 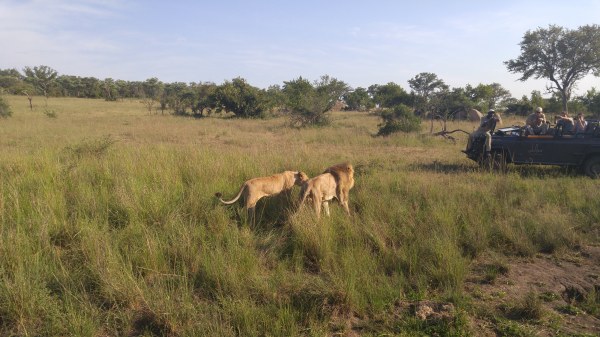 Well, we are back home, thank God for that! I really enjoyed my time in South Africa (Cape Town, Johannesburg, and then Kruger), but while the Jews of South Africa are truly wonderful, the life there is less than so.

In case South Africa is a new thing to you, let me start with the simple fact that there are 54 or 55 countries in the African continent! South Africa may well be the most Southern of them, but it is just ONE country in Africa and only one country of many in what is called Southern Africa.

In the end, the trip was marred by things being stolen from our luggage and the overall sense of hope but desolation that seems to be a default in Johannesburg and in many of the shantytowns (AKA townships) that are scattered throughout South Africa.

The clear separation of the haves and have-nots was tough to see. Not because I am in ANY WAY blind to it here in our country, but more because it is as in your face as it is in places like India or China.

Though what made us happy was the reason we came to South Africa, to dance at the wedding of Josh And Chana, and it was a really lovely event indeed! I have written a few times now about Josh Rynderman, a good friend, and a wonderful up and coming, kosher winemaker.

Aside from the wine at the wedding (the 2017 Backsberg Chardonnay and the NV Backsberg Sparkling wine), I can honestly say that the wines of South Africa are not fit for print! Throw on to that the selection they do have of kosher wines, outside of what is made in South Africa and well yeah, there was no real option for Shabbat – total failure!

I walked into three different places and the wine selection was horrible in all of them. Mostly a combination of ancient and poorly stored undrinkable Israeli wines and some newer South African wines that are really not fun at all.

State of Jews in South Africa

Although the Jewish community peaked in the 1970s (at around 120,000[1]), about 70,000 mostly nominally Orthodox, remain in South Africa. A proportion is secular, or have converted to Christianity. Despite low intermarriage rates (around 7%),[1] approximately 1,800 Jews emigrate every year, mainly to Israel, Australia, Canada and the United States. The Jewish community in South Africa is currently the largest in Africa, and, although shrinking due to emigration, it remains one of the most nominally Orthodox communities in the world, although there is a significantly growing Progressive community, especially in Cape Town. The current Orthodox Chief Rabbi, Warren Goldstein (2008), has been widely credited for initiating a “Bill of Responsibilities” which the government has incorporated in the national school curriculum. The Chief Rabbi has also pushed for community-run projects to combat crime in the country.

The community has become more observant and in Johannesburg, the largest center of Jewish life with 66,000 Jews, there is a high number and density of kosher restaurants and religious centers.

Having spent a Shabbat in Johannesburg, and many days in Cape Town, I can attest to the words taken from the history of Jews in South Africa – Wikipedia post.

Johannesburg is tough, really tough to love. The city is crazy, it has such massive potential and yet such division with people living in fear and cages, really tough to watch. That said, that is all tempered by the wonderful attitudes and warmth of the Jews of South Africa. People heard we needed a lift to a supermarket and drove us. I walked into a Seattle’s Coffee shop and asked if the cake was kosher and a Jewish patron said no (wearing a kippah and all – so he would know), but then he asked what I wanted. I responded with either an omelet or some danish. He replied, let me drive you to my house, it is very close and I can make you an omelet! Excuse me! This man never saw me in his life! Never! Yet here was offering to make me breakfast! That is what I mean by the sheer joy and power of community that drives the Jews of South Africa.

But before you ignore the snippet I stole from Wikipedia, please read that again! 70,000+ Orthodox Jews live in South Africa! Are you kidding me! Now, remember, South Africa for the most part never saw Reform or other broken branches of our religion.For the most part, these Jews pray and eat at religious synagogues and restaurants! They are the lifeblood of the community, whether they are 100% religious or less so, the community is orthodox and acts in that manner!

I was at a restaurant in Cape Town – a great place called the Press, and the popup pizza place next door. Most of the patrons were not outwardly religious, but when I spoke with them and watched them for a bit, they were every bit as religious as I am. They washed, ate and prayed the after service for eating bread. No, I am in no way demeaning these wonderful people, just the opposite! South Africa is filled with 10s of thousands of Jews that have great food options, wonderful synagogues, and communities, but abysmal kosher wine options!

In the end, for me, it is always the same story. This story will repeat in a few paragraphs when I get to Chicago, but kosher wine options in anything other than NYC, is a disaster – and it must change!

The only option I would have bought from the Press’s wine list was the 2014 Chateau Bellerive Dubois, White (called Le Chene De Margot in South Africa), or the NV Backsberg Sparkling wine. The prices in South Africa are incredible, because of the dollar’s weight against the Rand. Dinner with wine or beer was like 40 to 50 bucks for two people. The food was wonderful. At Nussbaum’s in Johannesburg, you go in and pick your meat and then take it outside and they grill it for you there on the spot. The sheer number of restaurants there is incredible. Sadly, the wine options are not!

Either way, Cape Town, the wedding, and Kruger was wonderful, and nothing could spoil that for me. But for people who live there every day of their lives, they deserve better kosher wine options.

As I posted in my year in review – Chicago may be my old home, and a place I still love, but it is also a shell of its old self in regards to kosher wine options.

It was painful to walk into Hungarian kosher wine and see what has become of it. The wines have been sitting there for years, YEARS! The turnover is almost nil, with a horrible selection, and horrible wines left. Sure, there are a few good things here and there, but for the most part, it is NOT what kosherwine.com was in the old days!

Walking into that place was like walking into a wine cemetery, and while there were a few living options, the prices and selection were not very good. Even a year ago, the place was better than it was this past Shabbat. Really sad to see. Do not start with Jewel, that place is a disgrace! The prices are absurd, just disgusting.

Truly if you live in Chicago, buy your wine from kosherwine.com. They can ship there now and the shipping is free and no taxes. That is what I would do if I was going to be there again for Shabbat! It was depressing to see the options!

The two South African wines I liked and a horrible Gigondas are the notes for this post – look for more soon – the explanation of my “scores” can be found here:

2017 Backsberg Chardonnay – Score: 90 (Mevushal) (QPR if u live in South Africa)
The nose on this lovely wine is dry, and unoaked, with great green apple, dry pear, and lovely lychee, with passion fruit, gooseberry, and spice. The mouth on this medium bodied starts off slow, but with time, it opens to show a nice mouthfeel, with really fun acid, well balanced with citrus pith, nectarines, Orangina, lemon, and lime. The finish is long and mineral-driven, with slate, rock, nice citrus, orange and citrus pith lingering long.

NV Backsberg Brut: Score: 88 – 89 (mevushal) (QPR if u live in South Africa)
This is not a homerun bubbly, but it is also not a slouch. It is an MCC  (méthode cap Classique), meaning it is made in the same painstaking manner that they use in Champagne to make sparkling wines.

The nose on this wine shows nice green apple, dried quince, and lovely tart fruit, with hints of toast and mineral. The mouth is bracing with its acidity, with nice baked apple pie, small to medium mousse, with a firm attack of focus and acidity. The finish is long and tart, with lovely slate, hints of citrus, and nice pith. Nice!

2016 Domaine de Boissan Gigondas, Bokobsa – Score: 84 (tasted when I returned home)
While the 2014 vintage was a really fun and yet simple wine, the 2016 vintage is a total disaster. Yes, the wine has nice notes and all, but overall the center stage of this wine is the horrible overripe nose and mouth that is borderline undrinkable. The saving grace is the lovely minerality, one of the main reasons I loved the 2014 vintage.

The nose is really pushed, over the top, with bubblegum notes, and purple notes that are almost lifesaver candies on steroids, followed by dark fruit, mineral, and spice. The mouth on this light to medium bodied wine is straight up vile, sorry, it is so pushed and so extreme in its blackcurrant and boysenberry notes that it is really not fun, though there is nice extraction, fun minerality, and almost lovely scraping minerality. The finish is long and fruity, totally unbalanced, and really not much else. Sad.