Petite Sirah Round Two and a few very nice wines 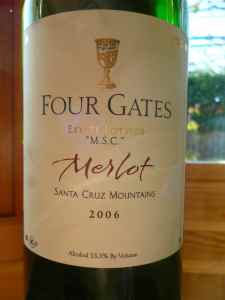 So, I tried a different table of people (mostly) and a different set of wines, and these came out better, but not awesome, other than the 2009 Baron Herzog Petite Sirah P.S. Limited Edition! That was a beast of a wine and lovely. The clear take away here is that these wines need a lot of time in a decanter and only then are they ready to play. Along with PS wines we also enjoyed three older wines from the Four Gates Winery, and a bottle of the 2005 Galil Yiron.

There was talk that the 2005 Yiron was going down hill, and I can say that the wine is fine and going nowhere but it was shocking when tasted side by side the 2005 Four Gates Merlot M.S.C. The Merlot was bracing with black fruit and acidity, while the Yiron was full of black fruit but flat in terms of acidity, and I think that is what people are concerned about the Yiron. The Yiron is much like many of the older Yarden or Galil wines, they are flabby, oaky/cedar, and black ripe/sweet wines.

It is a continued theme in Israeli wines, the sweet notes and ripe fruit that overpowers the palate and takes away from the other attributes of wines. Having tasted many Israeli wines during my trip to Israel, I have found many wineries who have found a way to calm the sweet or new world notes and show more bright and ripe flavors without overpowering sweetness or fruitiness. The Yiron wines are not one of those, they normally show sweeter notes, and planks of cedar, but they continue to be bold and enjoyable. This one was no different, very enjoyable but the wine’s clear lack of acidity was truly shocking. END_OF_DOCUMENT_TOKEN_TO_BE_REPLACED 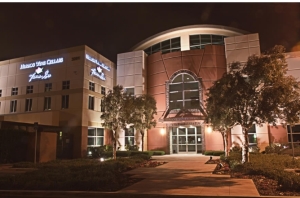 This past week my wife and I went to dinner at the famous Tierra Sur Restaurant, which is located inside the Herzog Cellars Winery. The restaurant is run by the head chef Todd Aarons and is always a culinary treat. We have enjoyed his handiwork before when a few times at the Herzog International Food & Wine Festival held every year at the winery, around February. This year the event will be held in the Hyatt Regency Century Plaza, in Los Angeles, CA. Tickets for the upcoming event on February 15th, at 6 PM, can be purchased at the Herzog Wine Cellars web page here.

As we entered the winery we were greeted by the nice lady at the front desk, as we made our way to the restaurant we passed the Herzog Tasting Bar. 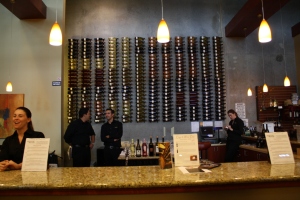 Traffic getting to the winery was so crazy busy that we barely made our appointed time. We entered the lovely restaurant and were seated immediately, and were given the current menu. The menu changes often, as the restaurant is proud of its local sourcing and its rich and bountiful flavors. According to the website: Tierra Sur continually strives to bring the best produce and ingredients to its customers by buying from local, small family farms. We are proud to participate in the Growers Collaborative Program under Community Alliance with Family Farmers (CAFF). CAFF is a statewide non-profit organization that works to build a movement of rural and urban people to foster family-scale agriculture that cares for the land, sustains local economies and promotes social justice. 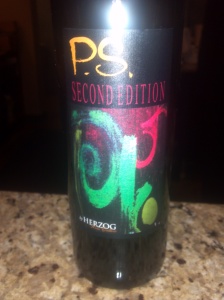 Given the complexity of building a menu around what is available locally, even in California, Tomatoes are pretty much over now, as are zucchini, and fresh bell peppers. So the menu is filled with fresh winter salads, chard, and beets, all lovely tasting winter California bounty, with tomatoes and other Summer Solstice vegetables used as adornments. For starters we chose the Chorizo lamb sausage and black olive piadina flat bread with watercress, cherry tomato salad and zahtar dressing. The small pie was lovingly adorned by rich and spicy lamb sausage, along with black olives and a couple of tomatoes on top. For entrees, my wife chose the braised brisket and I chose the duck. After makes our choices, we made our way to the tasting bar and we sampled four of the red wines that were available. 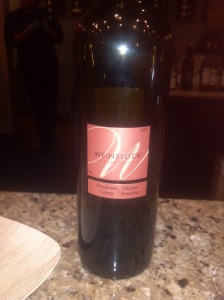 I started with the 2008 Baron Herzog Zinfandel, which is a fine enough wine, but one that does not stand me up on my ear and make me take notice. For 10 bucks or so a bottle, at most local shops, it is the best of the baseline Baron Herzog wines. We than had a taste of the 2009 Herzog GPS (Grenache Petite Sirah) blend. According to the back label Joe Hurliman, the head winemaker at Herzog, has been wanting to make a wine from the Grenache grape and personally, he has made a wonderful wine that emotes whimsical and light white chocolate, flowers, and rich fruit. We followed that with a testing of the 2010 Weinstock Alicante Bouschet. Do not worry, I never heard of this one either before my friend told me about it when he received it in his Herzog Wine Club delivery. For some quick history and viticulture the Alicante Bouschet, it is an intensely red grape with a somewhat dark and infamous past. It was the number one grape used during the prohibition, and widely planted in California during the prohibition, because its color and thick skin allowed for the long trip to the east coast and to be diluted without discoloring the wine too greatly! The grape makes for intensely dark wines, with somewhat high alcohol, and average quality wine.