The sad removal of Terrenal wines from Trader Joe’s 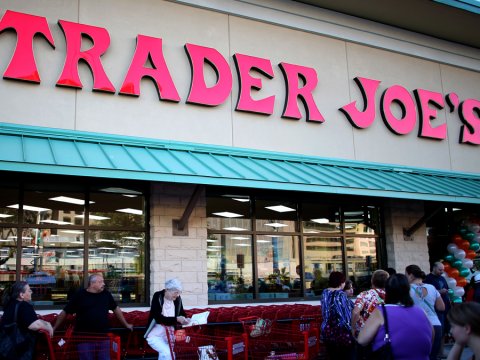 As many of you know, I had been touting Terrenal wines for some time, at least until last year. My last post on the state of Terrenal wines was from May of 2016, more than a year ago. Sadly, by that time, we had long not seen the wonderful Chardonnay from Chile in more than two years.

We never saw the 2016 wines and even the few 2015 wines they did sell for the past half a year, was running out of the channel, again at least here in Northern Califonia. The wonderful Banero Prosecco was also long gone from the Northern California supply channel.

The east coast supply channel was far fuller and the wines were available there, sadly I never got to see that. The wines on the west coast sold in a heartbeat. If there was a lack of sales on the west coast, from what I saw, that would totally be because of lack of supply. Whenever there was supply in my local stores, they sold out with a month. I am a very frequent visitor to TJ, I go there at least twice a week for my normal food shopping, and when I am there I always check the Terrenal supply. I have always chatted with the managers and the local buyers and they have consistently told me there was no wine in the channel, or there was very little supply to be found.

So, I was shocked when I heard this week that Trader Joe’s would no longer carry Terrenal wines. There are is a group on Facebook, along with others, where people are posting thoughts, anger, frustration, and maybe some ideas as to why this happened.

The interesting fact is that while Terrenal wine will no longer be carried by Trader Joe’s Sara Bee, a very good Moscato wine will still be carried. Now I point this out because Trader Joe’s sells the famous blue bottle, AKA The Bartenua Moscato that comes in the lovely blue bottle (sadly for me the only redeeming factor that exists for that wine). Now, the interesting fact here is that while Moscato is still selling very well in this country, and around the world, I wonder why Trader Joe’s stopped selling Terrenal but keeps selling Sara Bee, which is made by the Terrenal wine makers?

A person on the Kosher Trader Joe’s Facebook group posted a reply that was more informative than the canned responses that I saw from many other posters. This is the text from the reply that she received – for why they had removed Terrenal wines from their stores:

The Terrenal Wines were discontinued based on lack of sales, nationwide. The fact is, because our stores have such limited shelf space, if an item does not meet a minimum sales volume, we will discontinue it in order to bring in something new in that we hope our customers will love (we would like to carry every item; it is just, sadly, not a possibility).

Please know that we greatly appreciate this feedback – we are customers, too, and there are items I miss as well. We will share your comments with our buyers and also keep an eye out for requests like yours. From time to time, with future review, if there is enough customer demand to bring back a discontinued item and we are able to do so, we will certainly consider giving it another run.

At present, we carry these kosher wines:

After reading this, I contacted the makers of Terrenal wines, and their reply was that the wines were selling perfectly well, much like I had seen from my perspective on the west coast.

The worse fact of this is that we have now gone from wine selling for 3.99 or 4.99 a bottle to wine selling for 9.99 and up (for reds options) at Trader Joes. I am surprised that Trader Joe’s, a company that prides itself on the customer first, and price point battles, would just exit the segment and leave us back where we were four to five years ago, with wines double or more of what we had before. I get it that kosher wine, is a tiny segment of their business, but it is an item that pulls buyers into the store for other kosher food that Trader Joe’s has been more and more vocal about for some time now.

That said, there was a clear lack of wines in the channel for a year, either it was a lack of interest here on the west coast, or a lack of supply to meet the demand. However, from what I saw here, there was no lack of interest, the store managers tell me that people keep complaining about the lack of Terrenal, even when it was being stocked by Trader Joe’s. So, I have a real problem understanding this reply from Trader Joe’s Customer Relationship team. I have personally also emailed the company and I hope to hear more on that soon.

For now, the sad fact is that the wines are not going to be carried any longer by Trader Joe’s. The hope is that the wines will find a USA distributor and once again we will have very reasonably priced kosher wines in the USA.