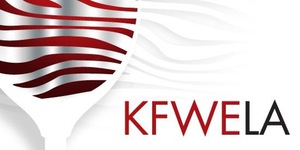 Well if you were tracking my earlier post, the Paris event was last night (the 15th) and the London event just finished, and from what Pierre tells me it was the best one so far! The Paris one had barrel tastings of the 2014 Giscours and a special new kosher first – a bottle (really barrel tasting) of Armagnac!!

Armagnac was one of the first regions to make distilled spirits in France, in the early days it was used for therapeutic reasons. Though many now a days – think the same way – best way to close out a night of drinking! I hope to get more info on the Chateau de Gensac Armagnac – when it is released.

The image of the bottle, looks awesome and is another reason for why each of these KFWE events have their own thing. Paris’s Bokobsa event is all about the French wines that are sold in France, some of which Royal does not import into the USA. It also has different wines than the US or the Israel events. Why? Because Royal has contracts with other wineries for Europe than it does with the US! So Bravdo Winery is imported to Europe through Royal as is Dalton Winery as well (at least to London anyway). In the USA – River imports Bravdo and Allied imports Dalton.

With those two events completed – the next ones on the book are the Zur KFWE tasting in Tel Aviv on February 22nd. Then comes the epic grand daddy of them all – KFWE NYC, which will be hosting its 10th anniversary of the original bash that started in 2007! The 10th anniversary event will be returning to its earlier roots, Pier 60, after a failed attempt to move it to a different venue last year. The event will be at Pier 60 on Monday the 29th starting at 5:30PM if you bought the VIP tickets before they sold out or 6:30 for everyone else! Again general admission tickets can be bought here for the 2016 KFWE NYC and use the promo code CORKBOARD18.

Sadly, the VIP session has already been sold-out, and the older coupon code has expired. The non-VIP session is available and hopefully its return the Chelsea Piers will make for a far more enjoyable and manageable experience than last year. Also, on an aside – KUDOS to London and NYC KFWE pages for adding the links to each others events! Cross advertising that I recommended in my earlier post was finally implemented!

Next stop – warm and sunny Los Angeles! The KWFE LA last year was the hands down winner for its epic VIP session, and the VIP session is back and I would tell everyone to jump on them before they sell out! Order tickets here NOW and use my coupon code of MUSINGS to get a 15% discount off the rack rate! This year they moved the event from the W Hotel to a larger and more swanky place to capture the true LA experience! It is being held at the Petersen Automotive Museum. It is a lovely scene and one that will have space to expand the VIP session to have even more madness – see rooftop pic below! 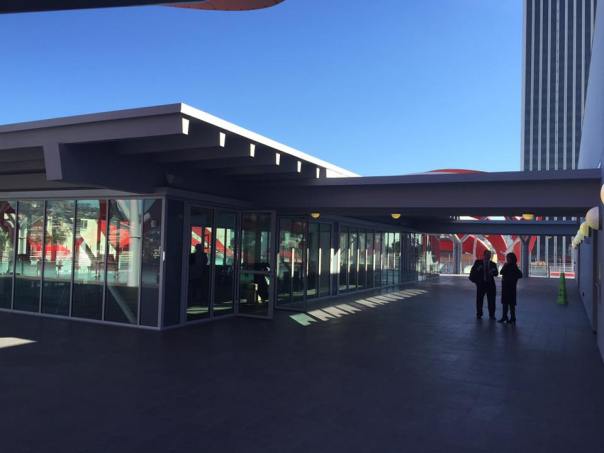 After that – you would think you should be exhausted and ready for a break and I am sure you will need it and it will be well deserved. However, soon afterwards it is time to go to The Grand Kosher Wine Tasting on March 6th from 5:30 PM to 8:30PM at The Grapevine Wines & Spirits, in Wesley Hills, New York! When you are there, say hello to Yehoshua Werth, he is the wine man at the Grapevine!

Next up is the Jewish Week event. Now I was hard on the event last year, and justifiably so. Last year the event was far too overcrowded, oversold, and the wines that were poured were not all winners. So, I will be honest, I was surprised when Rich Waloff, Associate Publisher of Jewish Week emailed me and told me they were going to fix it all this year. Kudos to the team for stepping up and trying to rectify the issues. So, this year they will be limiting the entries, raising the prices and creating their own VIP session! Long live the VIP Session.

The date is Monday March 28th at 5PM for the VIP Session and 6PM for the main session. The event closes at 9PM. The link to buy tickets is here. I hope the event does return to its earlier roots, of being a boutique cross wine distributor event where quality and price is a premium!

Finally, there is another event that will be happening, and NO – it is not the Kosher Wine Extravaganza (though I am holding out hope that Costas will still have one this year)! No, this is another Los Angeles wine event being held at the Majestic in Downtown LA on Sunday March 20th. There is a VIP session (of course – the VIP session is the theme this year) starting at 4PM and general admission starts at 5PM. The event is showcasing Israeli wines and acclaimed chefs to promote a non for profit organization – called Meir Panim that is fighting poverty in Israel. IWPA will be involved with their wines and many highly acclaimed chefs will be there to support the cause. COME ON Los Angeles show up and show you care about good kosher food and wine!

If I were you – I would recommend you buy the tickets of the KFWE that apply to you ASAP and then go to the events with the mind of enjoying yourself, but also with the mind of learning! These events are the best opportunity to see what wines you like, love, crave, and most importantly hate!