When we were in Australia this past July, we had the real joy of enjoying a lovely bottle of preservative free wine from a new old Kosher Winery – the Harkham Windarra Winery. The winery is focusing on small batches of fruit, selected predominately from hillside vineyards in the Hunter Valley. Minimal handling, bottling without filtration, only the use of French oak and low levels of preservatives are just some of the techniques used by their passionate Burgundian trained winemaker Christian Knott. The winery was established in 1985 and the Harkham family took over in 2005. Since then they have upgraded the facilities and changed the winemaking philosophy.

When we last tasted the wine(s) from the Harkham Windarra Winery, one was a superstar and one was a wine that I did not love, but thought I needed to give another chance. Well, now I will get my chance, as we stated in that post, the Harkham Windarra Shiraz is being imported to the US by Royal Wines, and it is available at many online stores, for as low at 17 dollars. I hope to get a bottle and get back to you about it. For now remember that it is mevushal, so do not think that this bottle is for cellaring. The wine for cellaring is its bigger brothers, the Harkham Shiraz Reserve, and the star of the show, the preservative free (free of added sulfites) 2009 Aziza’s Shiraz. They have just released the 2010 Aziza and Reserve, but they are still in Australia. Also, as stated in the post, the winery is currently only shipping the lower level label – the mevushal 2009 Shiraz, the other higher level labels are staying local in Australia, where they happily sell out to local merchants, both kosher and non-kosher alike. 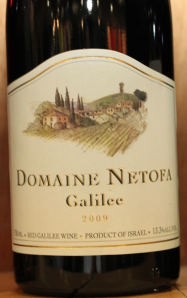 The other new interesting wine on the market that is keeping to the same Shiraz theme from a new winery created by Pierre Miodownick, the head wine maker of all Royal Wine’s European wines. He has released four wines, as described here on Daniel Rogov’s post, but only one of them has been exported to the US, the Domaine Netofa Galilee. The wine is available now locally at a few online stores, and I hope to be taste it soon as well.